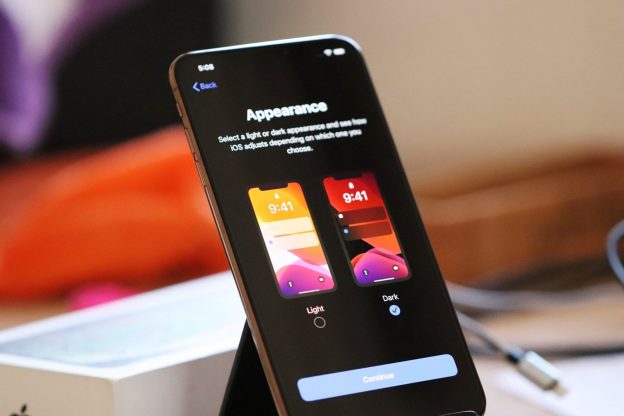 What is it about the iPhone that attracts so many people? The strong iOS system, I believe, is the primary cause. Unlike Android, iOS does not need a high level of hardware setup but may yet deliver a high level of performance, piquing developers’ attention.
An iOS developer, according to the poll. Many individuals desire to work in this profession because of the high pay. However, how does one go about becoming an iOS programmer? This post is perfect for you if you’re seeking for solutions. It will walk you through the process of becoming a junior iOS developer and landing a job. The following are 11 essential skills for iOS developers.

Learning might be tedious at times, but if you are enthusiastic about the subject, it will be a lot simpler for you to master it. People who use iPhone are drawn to its simplicity and efficiency, as well as its smooth and stable features. iOS development has long been one of the hottest occupations in the globe in recent years. You must first love this profession if you want to master iOS programming.

The clean, clear design and consistent functionality of the iOS app have been highly praised. To assist developers in designing an App, Apple provided iOS human-computer interaction guidelines (https://developer.apple.com/iOS/human-interface-guidelines) Every iOS developer should read this tutorial. The 7 iOS design guidelines and 5 design concepts are described below:

There are seven design guidelines for iOS:

The following are 5 design principles:

Invest in a Mac

Immediately purchase a Mac. You may learn about Apple’s design philosophy by using a Mac. You can get a Pro if you have enough money; if not, a Mac Air would suffice for a novice. To test your app, you’ll need an iPod and an iPhone, of course.

Understand the fundamentals of programming, including Swift and Cocoa Touch (one and a half months at the very least)

This is the most challenging phase. Many developers still use Objective-C, but I strongly advise learning Swift. Its syntax is cleaner and succinct than Objective-C, and many programmers prefer it. Building an iOS app on the Apple platform is a lot easier.

“For macOS, iOS, watchOS, and tvOS, Swift is a powerful and straightforward programming language. Swift code is interactive and enjoyable to write, with compact yet expressive syntax and current developer tools. Swift programming is designed to be secure while still producing software that runs extremely quickly.”

For iOS developers, Cocoa Touch is the most essential UI framework. It’s quite powerful, and it comes with a number of fundamental tools and APIs that may be used right away. Because iOS has such a distinctive UI, Cocoa Touch follows suit. On iOS, you may use UIKit to access specific GUI controls, buttons, and full-screen views. Accelerometers and Multi-Touch gestures may also be used to operate the app. You’ll need to understand Cocoa Touch as well as the fundamentals of programming.

Software development requires the use of SCCS. This allows users to access the earlier versions’ original source code. SVN and Git are the two most popular source code control management technologies, although Git is quickly gaining ground.

Why do so many programmers choose Git over SVN?

Apple created Xcode, which runs on the Mac operating system. Developers may use it to create Mac OS X and iOS apps in an integrated development environment. C, C++, Swift, Objective-C, Objective-C++, Java, and AppleScript are among the programming languages supported by Xcode. Xcode compiles quickly, and all operations are simple and straightforward. Xcode can also deploy the app to your iOS device if you have one. Xcode is an easy-to-use and convenient application development environment that lets you construct high-quality iOS apps.

In the creation of an app, the prototype design is critical. You could believe that this is the designer’s work and that you have nothing to do with it. However, prototyping is a necessary step for developers in order to connect with designers more effectively. Mockplus, being the most user-friendly prototyping tool, not only offers fundamental interface capabilities, but it also has some surprise functions in the current version: my favorite function is still the repeater, and flowchart and mind map are also simple to use.

You may begin developing an APP once you’ve learned the fundamentals of programming and design. It’s natural that you won’t be able to create a “wow” app right away. However, you may begin by focusing on your strengths and writing clear, attractive code to impress your employer.

GitHub is a collaborative platform for sharing source code. More than 900 million developers utilize Github. It has quickly become the most popular method for organizing software development and locating existing code. Your interviewer will be able to examine your source code by uploading your application on GitHub. Furthermore, this is a fantastic learning site, as you can examine other people’s source code.

Make your app available on the App Store

If you’re an iOS developer, you’ll need to learn how to publish an app in the App Store (whether it’s one of your own or one of your future company’s).

The main reason for publishing your app is to learn how to publish apps on the App Store. When you tell your boss about it, he will be amazed.

Now is the moment to start working on your CV. Your APP is currently your portfolio. To impress the employer, you must explain to them your design principles and ideas. If you can clarify your design thinking, I think you’ll be able to acquire junior iOS programming employment. However, if you wish to work as a freelancer, you will likely want additional resources (mostly in the area of human resources and extensive job experience) to support your work. To gain additional development experience and abilities, I believe you should go for a regular job at a firm. After a few years, you’ll be able to accomplish it on your own.

The best way to improve your iOS development abilities as an iOS developer is to constantly study. The following learning websites and books can provide you with inspiration and guidance on the latest trends and news in iOS development.

Are you looking for iOS Developer in Texas ?